Strong public support is a prerequisite for ambitious and thus costly climate change mitigation policy, and strong public concern over climate change is a prerequisite for policy support. Why, then, do most public opinion surveys indicate rather high levels of concern and rather strong policy support, while de facto mitigation efforts in most countries remain far from ambitious? One possibility is that survey measures for public concern fail to fully reveal the true attitudes of citizens due to social desirability bias. In this paper, we implemented list experiments in representative surveys in Germany and the United States (N = 3620 and 3640 respectively) to assess such potential bias. We find evidence that people systematically misreport, that is, understate their disbelief in human caused climate change. This misreporting is particularly strong amongst politically relevant subgroups. Individuals in the top 20% of the income distribution in the United States and supporters of conservative parties in Germany exhibit significantly higher climate change skepticism according to the list experiment, relative to conventional measures. While this does not definitively mean that climate skepticism is a widespread phenomenon in these countries, it does suggest that future research should reconsider how climate change concern is measured, and what subgroups of the population are more susceptible to misreporting and why. Our findings imply that public support for ambitious climate policy may be weaker than existing survey research suggests. 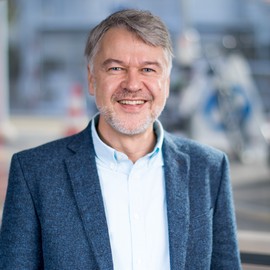